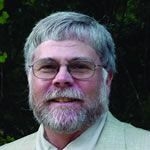 University of Houston, Bachelor of Business Administration with a concentration in Marketing, 1982

After five years in the banking industry as a loan officer and Vice President, John's career in the green industry began in 1987 as an irrigation contractor. He received his Texas Irrigators License #3466 in January of 1988. John spent several years in Southern California as an irrigation consultant winning awards for his design work including the Rain Bird Care Award. Because of his concern for quality, efficiency, and water conservation, he began developing software programs to assist landscape and irrigation professionals with their design and water management needs. Current software programs include RainCAD™ and Pro Contractor Studio™ for irrigation and landscape design, and Irricalc™ for irrigation scheduling and water management capabilities. 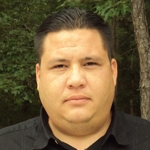 James began honing his computer programming skills while attending Del Mar College in Corpus Christi, Texas from 1994 to 1996. He worked in the sign industry as a graphics artist until May of 1997 when he came to work at Software Republic as a web designer and programmer.